Welcome To The D is my second review and March 17, 2015 album by Detroit based band Slight Return featuring Mark Kassa on vocals and guitars and various other musicians backing him up, plus guest musicians George Clinton (P-Funk), Billy Cox (Hendrix), Davey Pattison (Robin Trower), Tony Green (Snoop Dogg, Dr. Dre), Dennis Coffey (Funk Brothers), and much more.  This hard-hitting funky rock album reminds me the sounds of Jimi Hendrix with Black Sabbath and other heavy rock bands threw in with such great tracks on this twelve song album as Funky People, Hail The Heroes, Ignorance, Move ‘ Em On Out, Shake Your Detroit Right, the title track Welcome To The D and much more, in fact I enjoyed this album from start to finish.  I was impressed with Mark Kassa’s songwriting talent and his guitar work as well as how this album was performed, recorded and produced.  This is definitely an album I would highly recommend to anyone that enjoys this kind of rock.  This album is available on CD and digital download format from Amazon, Bandcamp, Itunes, and many other music outlets.  To learn more about this album and this exciting band go to their Bandcamp page https://slightreturnusa.bandcamp.com

NY2LA is the March 11, 2019 album and my second review for Raspin Stuwart featuring ten new original songs featuring a mixture of blues, jazz, and even a little reggae.  This album showcases Raspin’s growth with amazing vocals and guitar work with such tracks as Down Low, the title track NY2LA, Nothin’ But Lies, Reelin’, Smoke The Hookah and much more.  I was quite impressed with Raspin’s songwriting style as well as how this album was performed, recorded and produced.  I recommend this album to your music library and you can pick up your copy of this album on CD and digital download from his website https://www.raspinstuwart.com and other music outlets.  You can also learn more about this artist, his music and tour schedule by going to his website.

For my 1421st review, I am proud and honored to do my fourth review for by San Francisco based R&B artist Cornell C.C. Carter.  This October 19, 2019 album called Absoulutely released on the Izipho Soul Records label features eight new tracks and two covers and shows his continued growth as an artist with some great uptempo numbers and some slow soul groove songs such as Say Yes, I See Love, Ever Since, Morning Touch and much more as well as two covers We’re A Winner (originally recorded by Curtis Mayfield) and Come Live With Me Angel (originally recorded by Marvin Gaye).  This is an album that I loved from the first track to the last and is an artist I hope to see one day live in concert.  I was impressed with Cornell’s songwriting talent as well as how this album was performed, recorded and produced.  I am glad to hear that this album is being released on Vinyl and hoping to get my copy signed by Cornell in the future.  You can get your copy of this amazing album from Discogs, Juno Records, https://www.iziphosoul.com and all other music outlets.  To learn more about this amazing artist and his music please go to his Bandcamp website https://cc2000music.bandcamp.com.  Today May 1, 2020 I got the vinyl of this awesome album.  It sure made my day. 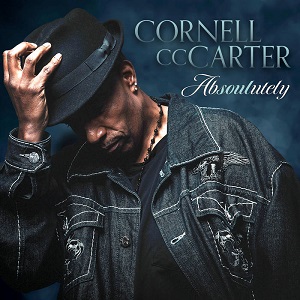 Ebondàzzar is a rare album from Australian duo Peak, a progressive electronic rock band from Adelaide South Australia, featuring Paul Fisher on electric, acoustic & synth guitars, synths, electronic effects, grunting, and Robert Reekes-Parsons on synthesizers, vocoder, strings, electric piano, tubular bells, fragmented guitar, vocal effects. Other featured artists on this album are John Haffert on drums,  Kym Martin on the military snare and Lindon Lisk on bass.  This album has been issued twice on vinyl. The original Australian release was in 1980 on Cement Records, followed by a re-issue in 1983 by Innovative Communications from Germany.  This nine-track vinyl release is a purely instrumental album with vocals limited to vocoder output with such tracks as, Encounter, Ocean Of Dreams, Along For The Ride (the longest track on this album running at about nine minutes) and much more.  I was quite impressed with the performance in this album and how good it sounds with this album being almost forty years old.  The recording and songwriting on this album is excellent.  After hearing this amazing album, I know I want to add it to my record library, in fact, you can still find this album on eBay and Discogs.  I want to thank Sym Fisher for the opportunity to listen to this album. 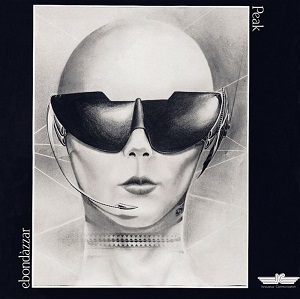 Shoot Straight is the April 10, 2015 album by singer/songwriter JT Lewis coming to you from Nashville, Tennessee by the way of Cajun Country, namely Baton Rouge, Louisiana.  This four-track EP showcases his songwriting talents and rich voice with the tracks You Came True, Jumping In The Deep End, the title track Shoot Straight and Anchor Me In The Sun.  This EP was well performed and recorded.  I am looking at an artist that is going to do great in country radio and looking forward to hearing more releases by this artist.  You can pick up your copy of this EP on CD and digital download from Amazon, Itunes, and his website http://www.jtlewismusic.com where you can learn more about this artist and his music.  In closing, I want to thank JT for allowing me to listen and review this fine EP. 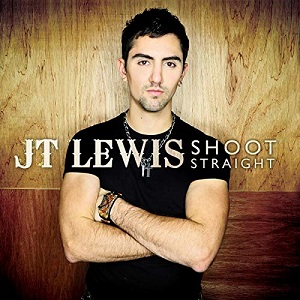 Saga Of The Viking Battalion is an October 31, 2019, historical concept album about Battalion 99 from World War II, brought to you by the metal band Viggenblot featuring Daron Olson on guitars and bass, Chris Riggins on vocals, lead guitars, and classical guitar, Richard Baysinger on vocals, lead, harmony and acoustic guitars and drums.  This ten-track album is actually one song in ten parts like a lot of classical pieces.  This great piece of work starts out with the acoustic sound of Gently Comes The Storm and progresses with heavy guitar riffs, unclean vocals and driving drum beats with Homeland In Darkness, Dragon Ships Return, the title track Saga Of The Viking Battalion, Autumn Leaf and so much more.  I enjoyed this album from start to finish and was quite impressed with this performance and its great songwriting.  This album was well recorded as well and is only available as a digital download on their Bandcamp page https://viggenblot.bandcamp.com as of October 31st, plus you can learn more about this band and their work.  You can hear the premiere of this new album on November 2nd when “The Almighty Papa Jack” Mike Sherrill will play the entire album plus interview Daron and Richard during his “WTAU Pea Ridge Nation” on Spreaker.com from 7-10 PM EST. Daron and Richard will also be in the Spreaker chatroom to answer questions and chat with folks.

Following their second album Hollow Moon which was released in August 2016, the dynamic three-piece band from the UK,  Erica released their single Human on August 12, 2017, featuring Dalton Woodward on vocals and guitar, Jason Burger on bass and Will Hall on drums.   This single features amazing vocals and impressive guitar riffs as well as a bonus track called Taste Of Heaven which is live and acoustic. I was impressed with the songwriting style as well as how this release was performed and recorded.  Please go to their website https://www.ericarock.co.uk where you can find out more about this band, their music and more. 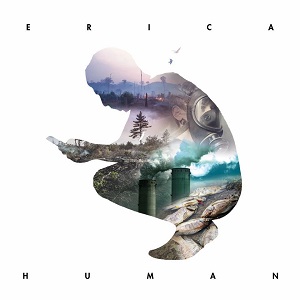 Hang Your Head In Hope: The Acoustic Sessions is the full-length acoustic album by The Ataris released September 20, 2019, on the Kung Fu Records label and distributed by the Cleopatra Records label.  This band features Kristopher Roe on vocals and guitar, Dustin Phillips on drums, Mike Woods on bass and Dale Dixon on guitar.  Ataris frontman and main songwriter Kristopher Roe takes a reflective trip through the band’s twenty-plus year career, transforming seventeen of his power punk highlights into acoustic masterpieces with such tracks as The Graveyard Of The Atlantic, Eight Of Nine, The Hero Dies In This One, In This Diary, Unopened Letter To The World and so much more.  I enjoyed the acoustic guitar work on this album as well as impressive vocals, great songwriting and how this album was recorded and produced.  I highly recommend this album to your music library and this release is available in Vinyl, CD and digital download format from Amazon, Bandcamp, Cleopatra Records and other outlets where music is sold.  This is an album I would love to add the vinyl version to my library.  You can learn more about this band and their music by going to their Bandcamp page https://theataris.bandcamp.com

Pick Yourself Up is the July 6, 2016 sophomore solo album by Los Angeles, California artist Jeff Hyman.  He is joined on the album by a large number of guest artists such as Smith Sisters Bluegrass, Tom Pritchard, Grant Maloy Smith, and so many others as this album is a mix of Americana, bluegrass, gospel, jazz, blues and country on such tracks as I’ll Fly Away, Scotch And Soda, Ain’t Hurtin Nobody, a cover of Garth Brooks classic The Dance, the title track Pick Yourself Up (written by Mary K Burke), Hearts Of Palm and much more plus Yellow Moon (featuring Laura Ainsworth).  This album with amazing vocals and instrumentation was well performed and recorded.  You can get your own copy of this release from Amazon, Bandcamp, CD Baby and other outlets where CDs and digital downloads are sold.  You can learn more about this artist and his music by going to his website http://www.jeffhymanmusic.com

The Healer is the October 25, 2109 EP by Omaha, Nebraska based heavy rock band Through The Stone featuring the lineup of Kate Prokop on Vocals, Tanner Ashland on Guitar, Toby Wandel on Bass and Wes Graffius on Drums.  The band’s sound can be described as a perfect storm of gritty, soulful, heavy rock with a dash of progressive rock  and with wailing vocals, amazing guitar work, thumping bass and driving drum beats on the six tracks Limbo, Won’t Kill Me, Mr. Stonewall, Black Water, Impending Doom and an alternate version of Limbo.  I enjoyed this album from start to finish and was impressed with their performance and how this release was written and recorded. I am looking forward to hearing more from this band in the future, plus hearing their earlier work.  To learn more about this band and to find where you can get this amazing album to their website https://www.throughthestone.com or their Facebook page https://www.facebook.com/ThroughTheStone 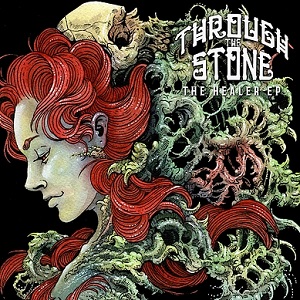