Skip to content
GOT SOUL! 3 is the third edition of this popular modern SOUL Music compilation series (like a NOW type series for the hottest new Soul songs & artists). If you are not fond of the growing trend in music of lip synchers, autotuned computerized soul less & robotic machine sounds masquerading as ‘music’, THIS is the series for you! Their tagline is ‘It’s TIME for More REAL Singers, REAL Players & REAL Songs!’ The amazing team of top music veterans at NEW SOUL POWER curate the Best of the BEST, twice a year & bring you 20 of the hottest new Soul songs & singers! It’s a wall-to-wall best of hot Soulful performances & great songs.  Featured on this edition are another 20 soon-to-be classics by outstanding Soul singers like the world-renowned ERIN STEVENSON (known for her massive hits & tours with PHARRELL, JANET JACKSON, J-LO & more!), PRINCE 0protege & MICHAEL JACKSON’s duet partner JUDITH HILL, BARKAYS’ legendary singer LARRY DODSON, EJ PULLEN, OG BLACK9, KENNY MAZIN BROWN, XAVIER KEYZ & many many more! I was blown away by the quality & consistency of the tracks & artists, truly a bold step in the growing SOUL movement building from the creative community and outcry from music lovers! Congrats to the GOT SOUL! team on 3 incredible editions & can’t wait for the next one & next one! I’m calling for a ‘GOT SOUL! Live Tour’ to roll out 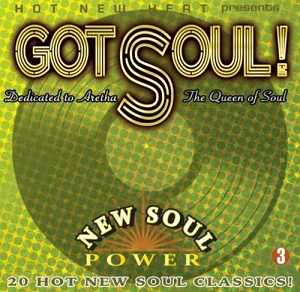 Down is the July 2018 EP by DVR, a studio project by singer/songwriter and multi-instrumentalist Olav Christensen. Originally from Denmark, Olav is now based in Brooklyn, NY, and writes, records, produces and masters all his music. This five-song EP contains the tracks Precious Little Time which is a lovely pop-rock ballad, Low which has an edgier rock sound, with fuzzy and psychedelic guitars, heavy bass and industrial synths set to a driving beat, Another Year which is a soulful pop-rock track, Your Shoes which is a peppy, upbeat-sounding rock song, and Undetected. This EP was well written, recorded, performed and produced.  It will be interesting to hear future work from this artist.  Please take a listen to this EP on Spotify and then you will want to purchase this from Bandcamp.

International Orange is the year 2000 release by James Blonde and re-released in 2006 which was recorded in Lodi California at Sky Studios in 22 studio hours between the dates of June 16 and July 2, 2000.  This great band consisting of Eric Westphal on lead vocals and bass, Peter Hackett on drums and Rob Warren on guitars and vocals demonstrates great vocals and instrumental backup on such great tracks as Never Complain, Every Boy Wants To Be With My Girl, Night Life, Isabel and much more.  I was impressed with how well this album was written (all songs were written or co-written by Eric Westphal), recorded, produced (by Rob Warren & James Blonde) and performed.  I am looking forward to hearing more from this band and glad to be able to call Eric Westphal my friend.  This great album is available from Amazon, Itunes, CD Baby and all other outlets where CD’s and digital downloads are sold.

Angels With Dirty Souls is the latest EP by Operation Neptune Spear, a one-piece melodic, political, groove, rock band forged in the bowels of deepest darkest South Yorkshire, England whose sound has been described as the love child of Rage Against The Machine, Motorhead and Led Zeppelin on speed.  With its heavy guitar riffs, driving drum beats, and unclean vocals are found on such tracks as Dust To Dust, Hiding In Plain Sight, Horus Rising and much more.  This EP was well recorded, written and performed.  I am looking forward to hearing more from this artist.

For my 979th review, I am proud to present Make My Day, a July 23, 2018 album by Norwegian rock band Karma Fire, released on the World Music Stage Records label.  This great band consists of Daniel Sunde on lead vocals, Terie Husa on guitar, Terje Lennavik on bass, Harold Rossetnes on drums and Thorleif Ostmoe on keyboards.  This eleven track album features wailing vocals, and heavy guitar riffs on such tracks as the title track Make My Day, 50 50, Before We Fall, Ice Cold Ravens Heart, Into The Sunset and much more.  This release was well written, recorded, performed and produced.  This is a band I would love to hear more from in the future.  You can purchase this album from Itunes and other outlets where digital downloads are sold.

Make You Believe is the 2106 six-song EP by Canadian Country Artist Stephen B. Lawrence which garnered industry interest and earned him a nomination for the 2016 Music NL Country Recording of the Year.  This EP contains such great tracks as the title track Make You Believe, Far From Where You Are (which was also selected as a regional finalist for the 2016 CBC Searchlight competition), Learn To Love Again and much more.  Stephen has a great voice and style with a song.  I was impressed with how well this EP was written, recorded, produced and performed.  I highly recommend this album to all country fans and you can purchase this album from Amazon, Itunes and other outlets where CD’s and digital downloads are sold.

On Saturday October 27, 2018, the Georgia based 90’s tribute band Rock The 90’s   formerly known as Broadcast 90’s rocked the stage at Capone’s in Johnson City, Tennessee and took us back to the glory days of guitar driven rock with Hugh Hession on Lead/Backing Vocals and Keyboards, Lance Rodriguez on lead guitar and backing vocals, Lewis Smith on guitar and vocals, Rob Brown on bass and Bronnie Turner on drums.  From Matchbox Twenty, Stone Temple Pilots, Gin Blossoms,  and other nineties bands, they treated to the crowd to a show that people will be talking about for some time.  Their performance sounded so much like the originals with its amazing guitar riffs and powerful vocals.  If you ever get a chance to check out this band, please do so, you will not be disappointed.

Momma! is the August 31, 2018, EP by bluegrass artists The Smith Sisters Bluegrass which consists of Singing/Songwriting/Sisters Kelli Smith-Lewis & Wendi Smith-Kilman on the Boyz & The Beez Music Records label.  The Smith Sisters make music that tells beautiful stories that touches your heart with such tracks as the title track Momma!, Cow, Elvis On The Jukebox No One Else Around and much more.  This EP was well written, recorded, produced and performed and is available from Amazon, CD Baby, Itunes and other outlets where CD’s and digital downloads are sold.

For my 975th review, I am proud to present the album Alice Street Sessions by Eric Westphal. His music has already been well established by his work with the group James Blond, and Alice Street Sessions is a welcomed re-release and allows us to revisit Eric’s debut solo offering originally released in 2001, re-mastered and re-released June 2018 on the IAC Records label.  This twelve song album features such great tracks as Harmony, Another Time Another Place, Follow My Heart, Janine, Footsteps and much more.  I enjoyed this album from start to finish and is an album I will listen to over and over again.  This album was well written, recorded, performed and produced.  This re-issue is also available on 180-gram vinyl in addition to CD and digital downloads from Amazon, CD Baby, Itunes, IAC Records, and many other outlets.  On today, December 15, 2018, I received an autographed copy of this album from Eric.

Evolution is the seventh studio album by American heavy metal band Disturbed which was released on October 19, 2018, on the Reprise Records label. This band consists of David Draiman on lead vocals, Dan Donegan on guitars, John Moyer on bass and Mike Wengren on drums. This new album has spawned three singles so far, Are You Ready, A Reason To Fight, and The Best Ones Lie.  It also featured Stronger On Your Own, Watch You Burn, Already Gone and on the deluxe version of this album, there are four bonus tracks, a live version of their hit The Sound Of Silence (With Myles Kennedy), This Venom, Uninvited Guest and a remix of Are You Ready.  I am quite impressed with how well this album was written, recorded, produced and performed.  If you are as big of a fan of Disturbed as I am, you will want to add this release to your library in either Vinyl, CD or digital download format.