This is my review of the latest Boogie Kings album, LEGACY which was released in February, 2016. This album was recorded in 2009, with Ned Theall leading the band and featuring Parker James and Greg Martinez on vocals. I have been a big fan of this Swamp Pop/Blue Eyed Soul band since the days when Jerry Lacroix and GG Shinn lead the vocals with this band. The Boogie Kings have proven to be one of the most enduring bands of all time, having performed for over 55 years. There are 11 great tracks on this album, opening with You Really Got A Hold On Me and continuing with such great songs as Blind, Crippled & Crazy, Then You Can Tell Me Goodbye, Boogie Ain’t Nuttin, At This Moment and a great arrangement of a song originally done by Hamilton, Joe Frank & Reynolds called Don’t Pull Your Love Out On Me and may more. It is hard to choose a favorite, I love them all. I recommend this album to anyone that is either a Boogie Kings or Swamp Pop fan.

This is my review of American country music singer and songwriter Aubrie Sellers debut album, New City Blues, was released on January 29, 2016 through Carnival Music. She is the daughter of singer/songwriters Jason Sellers and Lee Ann Womack. When I first put this album on and heard the opening of the first song, I said to my self….HUH?, It was a sound i never heard before, then I heard some something beautiful.  Of the 16 tracks that is on this album my favorites would definitely have to be Losing Ground, Magazine, Something Special, Living Is Killing Me and my special favorite on this album, a cover of one of my favorite Beach Boys songs In My Room.  I highly recommend this album to anyone’s music library. 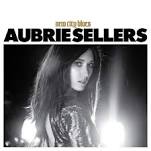 This is my review of Glow, the third studio album from American country musician Brett Eldredge.  Released on October 28, 2016 on Atlantic Nashville Records, this is his first Christmas album. This has a big band sound, and Brett has the sound you would find in such artists and Tony Bennett, Frank Sinatra and others. On this 11 track album you will find an original track Glow and covers of other classic Christmas songs such as The Christmas Song, I’ll Be Home For Christmas, Silent Night, The First Noel and many others.  The album was very well arranged and recorded.  I would recommend this album for your Christmas Library.

This is my review of Vinyl, the debut studio album by American country music artist William Michael Morgan. It was released on September 30, 2016 by Warner Bros. Nashville. Michael has a deep, rich voice and has the sound that you would find with artists that has been on the charts for a long time.  On this 11 track debut album, he has already has had two songs that has hit the Billboard County Charts which are I Met A Girl and Missing.  There other tracks worth mentioning such as Vinyl (which is my favorite track on the album, People Like Me, Beer Drinker, Something to Drink About and much more.  I highly recommend adding this album your country library.

This is my review of Milkweed, a new album by Americana artists. Howard and Skye. This duo consists of Jonathan Howard and Blueflower Skye.  This album sounds like a mixture of folk and blues.  I found this album very relaxing to listen to. Blueflower has the kind of Stevie Nicks sound and Jonathan has the sound I would find in some of my favorite artists Gordon Lightfoot and Bob Dylan. There are 11 great tracks on this album.  My favorite ones would definitely have to be Pretty Weed, None Now Thanks, Cold Morning Coming, Comin’ To Memphis and my most favorite track No Where.  I recommend you giving this duo and listen. This album is available at http://www.howardandskye.com 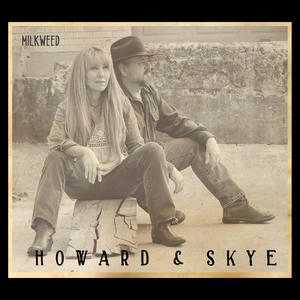 This is my review of Pulse (stylized as p·u·l·s·e), a live double album by the English progressive rock band Pink Floyd. It was originally released on 29 May 1995, on the label EMI in the United Kingdom and on 6 June 1995 by Columbia in the United States. The album includes a complete live version of The Dark Side of the Moon and features a booklet with many photographs from performances on this tour.  It is very seldom that I own the CD and the DVD of the same album.  Seeing this concert on DVD is amazing with all the light show and special effects.  In addition to the complete Dark Side of The Moon album, there are great tracks such as Shine On You Crazy Diamond, Learning to Fly, Wish You Were Here, my favorite cut Comfortably Numb and so much more.  This is one album I would recommend you buy the CD and DVD of this great concert.  On May 18, 2018, my dream came true when this great album was released on a four-LP vinyl version with a nice hardback book.

This is my review of Alabama Live is the first live album by the American band Alabama. Their first live compilation, it was released in 1988 and was a Number One album on Billboard Top Country Albums. The album includes live renditions of various singles from the band’s career such as Tennessee River, Lady Down On Love, Dixieland Delight and my favorite song My Home Is In Alabama because that is where I was born. They also did a great cover of a Marshall Tucker Band song Can’t You See. Also included in this album are three songs that have not been released till now which were Red River, Fireworks and Gonna Have a Party.  I recommend this album to anyone that is a fan of live albums.

This is my review of ¡Viva Terlingua! , a live progressive country album by Jerry Jeff Walker and The Lost Gonzo Band recorded August 18, 1973 at the Luckenbach Dancehall in Luckenbach, Texas and released later that year on MCA Nashville Records in November 1973. There are 9 great tracks on this album and features such tracks as Gettin’ By, Desperados Waiting On A Train, Sangria Wine and my two favorite tracks Up Against The Wall Redneck Mother and London Homesick Blues.  If you have not heard of Jerry Jeff Walker, take a minute and listen to him. I highly recommend you adding this to your country library. 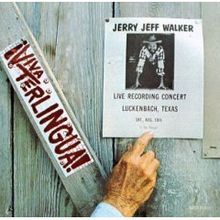 This is my review of Shock’n Y’all, the eighth studio album by country musician Toby Keith, released in 2003. The album features 10 studio tracks and the 2 live “Bonus Songs”.  There are great tracks on this album such as I Love This Bar, Whiskey Girl, and my favorite track American Soldier.  The two bonus cuts The Taliban Song and Weed with Willie was also enjoyable.  I am a big fan of Toby Keith and as a Navy veteran; I am impressed with his love for our country and our troops.  I highly recommend this album for your country library.

This is my review of The Hits – Chapter One, also known as Greatest Hits – Chapter One internationally, is the first greatest hits compilation released by American band, The Backstreet Boys. The album features fifteen of the group’s classic hits, as well as one new song, “Drowning“.  The rest of this 13 track album consists of hits from previous albums such as Everybody (Backstreet’s Back), I Want it That Way, Larger Than Life, Quit Playing Games (With My Heart) and much more. My stepdaughter turned me on to this band and they are one of my favorite “Boy Bands”.  I highly recommend this album to anyone’s library. 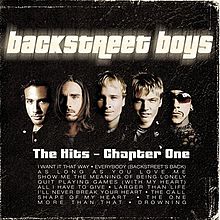