All I Ever See In You Is Me is the sophomore release by Nashville based and New York bred singer/songwriter Jillette Johnson.  Jillette has a unique sound that is not found in other artists.  This eleven track album spawned such great songs as Love Is Blind, In Repair, I’m Sorry, Holiday and much more.  This album was well written, performed and recorded and will be released on Rounder Records on July 28th.  I am looking forward to hearing her debut album Water In A Whale.

The Complete Rooftop Concert is a US unofficial album released by the greatest band in the world in my opinion The Beatles.  This concert was released on January 30, 1969 on the rooftop of the Apple Studios in London England. This album was released on the Stoker Records label out of New York City in 2017.  This album contains several versions of the songs played on this rare rooftop event like Get Back (including a rehearsal version), Don’t Let Me Down, I’ve Got A Feeling, The One After 909, and Dig A Pony. It also contains bonus track Hey Jude / Las Vegas Tune / St. Louis Blues. The recording was not as good as what you would hear on a major label copy but still good to have in your Beatles collection.  This album comes on white vinyl and the cover photo is one from the rooftop concert. 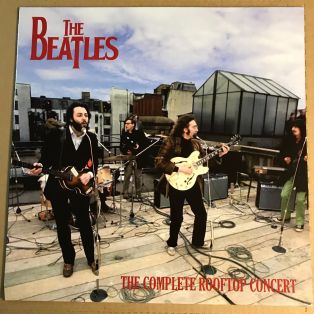 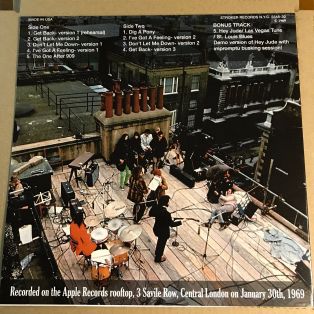 From The Vault: Live At The Tokyo Dome is a four LP collection by English rock band The Rolling Stones which consists of previously unreleased Rolling Stones live shows. This release is taken from their performance at the Tokyo Dome in 1990, one of ten shows from the 14th to the 27th of February at the venue which were the culmination of the Steel Wheels World Tour.  It also includes a 24 song DVD of this concert.  This collection was released 20 November 2015 on the Eagle Vision/Universal Music Group Records label.  This collection contains live tracks of such great songs as Harlem Shuffle, Start Me Up, Jumpin Jack Flash, I Can’t Get No Satisfaction, Rock And A Hard Place, It’s Only Rock And Roll plus so much more.  This compilation was well performed, recorded and produced.  I highly recommend this collection to any Rolling Stones fan.

Chicago & Earth, Wind & Fire – Live at the Greek Theatre is a live concert DVD by American bands Chicago and Earth, Wind & Fire. The recording was made at the Greek Theatre in Los Angeles, California at the end of their joint tour in 2004.  I usually do not review music videos but this one is an exception.   In my opinion this is one of the best concert video ever made. The video starts off with both bands doing the classic Chicago song Beginnings and then going into the Earth Wind & Fire song Into The Stone. After the intro each band goes into their separate part of the concert.  After a coin flip Earth Wind and Fire starts off with some of their biggest hits such as Boogie Wonderland, Serpentine Fire, After the Love Is Gone, That’s The Way Of The World and more.   Then Chicago takes the stage starting off with Ballad For A Girl in Buchanan from their album Chicago II.  Then they go into some of their major hits as Hard Habit to Break, Alive Again, Saturday in the Park, If You Leave Me Now and more.  After each band did their park of the show they get back together for the finale which they did such songs as September, Free, Shining Star and the powerful last song 25 or 6 to 4.  I am just disappointed that this was not released as a CD or on vinyl.  Still I recommend this DVD or Blu Ray to your video library.

Walk With Me is my second review for North American adult pop- adult contemporary artist, singer and songwriter Jennifer Saran.  This 2016 release on the Tarpan Records label showcases Jennifer’s powerful vocals whether it is that great disco sound of the 70s and 80s or her soulful ballads. This album was produced by legendary producer Narada Michael Walden (Whitney Houston, Mariah Carey, Aretha Franklin, Sting). Some of my favorite songs on this eighteen track album were Where Have You Been, Sacred Lover, Sexy Time, Its Not Over, Come Home and so much more.  This album was great from start to finish.  Well written and well recorded.  Check out this album, you will definitely like it.  You can purchase this album at Amazon, Itunes, and wherever CD’s are sold.

The Beatles, also known as the White Album, is the ninth studio album by English rock group The Beatles, released on 22 November 1968 on the Apple Records label.  A double album, its plain white sleeve has no graphics or text other than the band’s name embossed.  There were two versions of this released, one on the plain black vinyl and a collector’s version with white vinyl.  This album also contains a poster and four individual photos of John Lennon, Paul McCartney, George Harrison, and Ringo Starr.  This album was the beginning of the major problems in the band a lot of tracks were not recorded together.  In fact, out of the album’s 30 tracks, only 16 have all four band members performing. Some people think this is the best album they have ever recorded and I agree.  Until this album Lennon and McCartney were writing songs as a team.  On this album, each of The Beatles was writing their songs alone.  My favorite tracks on this album are Back In The U.S.S.R., While My Guitar Gently Weeps, Rocky Raccoon, Birthday, Good Night, Blackbird and much more.  The track Helter Skelter was used by Charles Manson and his family to justify the Tate-LaBianca murders.  In fact, several cuts off the album Manson thought The Beatles was talking to him with this album and sending a message to start a race war.  This is my favorite album of all The Beatles albums.  This album was well written, performed, recorded and produced by George Martin.  This is one album you must add to your Beatles record library.  I just added the 50th-anniversary edition to my library with two additional  LPs which contain the Esher Demos. 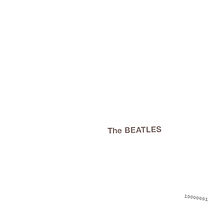 1967–1970 (widely known as “The Blue Album“) is a compilation of songs by the English rock band The Beatles, spanning the years indicated in the title. It was released with 1962–1966 (“The Red Album”), in 1973 on the Apple Records label.  I own two versions of this album, the version on regular black vinyl and the collector’s edition on blue vinyl.  As with 1962–1966, this compilation was produced by Apple/EMI at least partially in response to a bootleg collection titled Alpha Omega, which had been sold on television the previous year. Print advertising for the two records made a point of declaring them “the only authorized collection of The Beatles”. This two album set includes such tracks as Penny Lane, Strawberry Fields Forever, All You Need Is Love, Hey Jude, Revolution, Get Back, Let It Be and much more. This album was well recorded, compiled and produced. I recommend adding this collection and the red collection to your Beatles library. 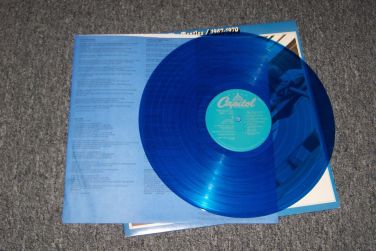 Arc of a Diver is the second solo studio album by singer/multi-instrumentalist and former member of Spencer Davis Group, Traffic and Blind Faith Steve Winwood, released in 1980 on the Island Records label. All of the instruments featured on the album were played by Winwood.  This album features my favorite Steve Winwood song When You See A Chance which peaked at number 7 on the Billboard Hot 100 charts.  Other notable tracks off this album are the title track Arc Of A Diver and Night Train. All songs were written or co written by Steve Winwood and this album was well recorded, performed and produced.  This is an album I would recommend for your record library.

Badger & The Bells is a 2014 self titled album consisting of the Texas Swing greats of Rich O’Brien, Devon Dawson, and Kristyn Harris.  This album brings me back to the days of Asleep At The Wheel and other Texas swing artists.  Among the notable songs on this twelve track album are Maggie, Don’t Forget The Fiddle, Under A Blanket Of Blue, I Didn’t Realize and more.  This album was well performed, recorded and produced.  If you are a Texas swing fan, you will want to add this one to your library.

The Outsiders is the fourth studio album by American country music artist Eric Church. It was released on February 11, 2014, via EMI Nashville.  This 12 track album spawned five singles Outsiders, Give Me Back My Hometown, Cold One, Talledega and Like a Wrecking Ball (Don’t get this one confused with the Miley Cyrus song).  Other notable tracks on this album are A Man Who Was Gonna Die Young, The Joint, That’s Damn Rock and Roll and others.  The songs on this album were all co written by Eric Church and was well recorded and produced.  This is a great add to one’s country music library. 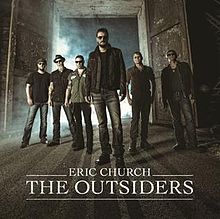