I am very honored to review this particular album for my 300th music review since I am a friend of the bass player for this album.  The Human Condition is the debut studio album by American hip hop recording artist Jon Bellion. The album was released on June 10, 2016, through Visionary Music Group and Capitol Records.  I was very lucky to find a limited addition two LP album on clear vinyl and had Jon and the entire band to sign it.  I originally bought this album for the track All Time Low. After getting this album I discovered other great tracks such as Fashion, Woke The F*ck Up, Weight Of The Word, Morning In America and Guillotine.  This album was very well written (all tracks written or co-written by Jon Bellion), performed and recorded.  I highly recommend this album to anyone’s record library.  Thank you so much Andre Lyles.

Last Night’s Makeup is an April 4, 2016 release by country artist Ariana Hodes.  This four track EP is a mixture of traditional country and country rock.  With such up tempo tracks as Workin’ To Drink, Beggin’, and Last Night’s Makeup to the soothing ballad of Never Lose Sight, Ariana’s powerful voice comes through.  Give this EP a listen, you will like it.  This album is available on Amazon, Itunes and bandcamp.

A Different Dream is the debut album by the Christian band The Key Of David released December 2016 on their own label.  The songs on this ten track album were written by David Hirsch except for the song Take Me Back which was written by David Hirsch and Phil Keaggy.  This album grabbed my attention on the very first track A Different Dream. Other tracks that I loved on this album were Bring It To Me (featuring the powerful vocals of Matthew Ward), I’ll Look For You, Pray The Pain and Saying Amen. I was very impressed by the vocals and acoustic guitar works of David Hirsch.  This album was very well performed, recorded and produced by David Hirsch and Phil Keaggy.  Whether you are a fan of Christian Music or music to relax and heal you will want this album.  I woke up this morning in level 6 pain. By the time I finished this album I was back to the level 4 pain that I learned to live with.  You can purchase this album on Amazon, CD Baby and itunes. 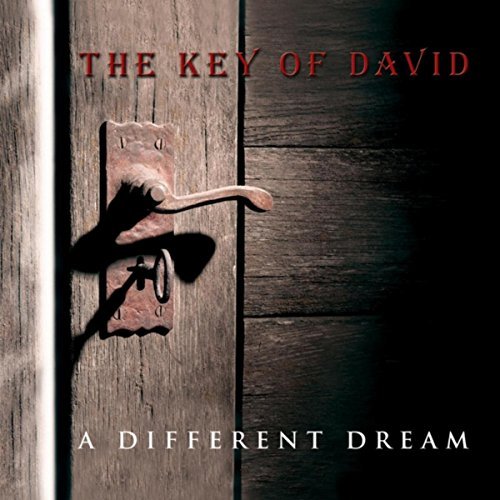 Alpha Omega Volume Two is a four LP set by The Beatles. The Alpha Omega 4 LP boxed set side 9-16 was sold only on TV and was quickly taken off the market after threat of legal action by Capitol and Apple Records. Some were sold before production was halted. Some albums had color jackets and some were in the rare black and white jackets.  This collection contains material from the Beatles as a group and some tracks as solo artists such as No Reply, Helter Skelter, Birthday, Please Please Me, Back In The USSR and other Beatle tracks as well as solo material such as Too Many People by Paul McCartney, Oh Yoko by John Lennon, My Sweet Lord by George Harrison and much more.  This collection was well recorded and compiled.  I highly recommend this album to anyone’s Beatle library. 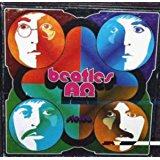 Walking in Twos is an album to be released on March 3, 2017 by Amanda Abizaid an American Lebanese singer/songwriter best known for her vocal performance on the theme song of the US TV series The 4400.  She has soothing vocals and great backup as you will find in such tracks as Walking In Twos (featuring Steven Stills), Lion’s Den, Release Me, Promises of Love and much more. I highly recommend you picking this album when it is released on Amazon, Itunes and Bandcamp.

This review is for an Unofficial solo releases by all four of the Beatles.  It is a 2 LP album called Lifting Material From The World by George Harrison, Hits Don’t Come Easy by Ringo Starr, Wings Greatest Hat by Paul McCartney and Two Versions by John Lennon.  The only major hits in this collection are Imagine by John Lennon and Hi Hi  Hi by Paul McCartney.  The rest of the songs were more or less B-Sides of each members solo works.  This is still a great album and worth adding to ones Beatle Library and is collectable.

Shy Ghosts is a January 2016 album by Australian singer of sad songs, T.K. Bollinger released on the Yippie Bean label.  Listening to this relaxing album has a great haunting sound and great vocals. There are great songs on this thirteen track album such as Where Has It All Gone, ‘til Exhaustion Or Collapse, All I Feel Is Cold, The Milk of Human Kindness and much more.   This album was well written, recorded and performed.  You can find this album on Bandcamp and Amazon.

Stars On Long Play was the first album by the Dutch sound alike studio group Stars on 45 released on Atlantic Records on March 1981. Side A of this album is a medley of 21 Beatles titles plus George Harrison’s solo hit “My Sweet Lord” being recorded and added plus two reprises of the “Stars On 45” theme. Side B was a medley of songs from the 50’s 60’s and 70’s as three tracks. These medleys contains songs such a Funkytown, Boogie Nights, Runaway, Wooly Bully, At The Hop, Sugar Sugar and so much more.  I remember in my days as a Disc Jockey, it was great track to play when you had to make a quick bathroom trip.  Take a listen…you will like it.

Unfinished Music No. 1: Two Virgins is the first of three experimental albums released by John Lennon and Yoko Ono on Apple Records on 11 November 1968. It was the result of an all-night session of musical experimentation with Yoko in John’s home studio at Kenwood, while his wife, Cynthia Lennon, was on holiday in Greece.  The front cover displayed a shot of the couple facing the camera naked while the rear cover showed them from behind. The record was covered with a paper bag material so it would not offend people looking at it initially.   The music on this album as not great, but I consider this album as a great collector’s item.

Asia is the self-titled debut studio album by the English rock band Asia, released in March 1982 on the Geffen Records label. Asia consists of  lead vocalist and bassist John Wetton of King Crimson, guitarist Steve Howe of Yes, keyboardist Geoff Downes of Yes and The Buggles, and drummer Carl Palmer of Emerson, Lake & Palmer.  This album produced three major tracks Only Time Will Tell, Sole Survivor, and my favorite track Heat Of The Moment. I recommend this album to anyone’s rock library. 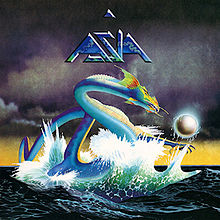