The year 2019 marks the 50th anniversary of the British-American rock band America with its new release Live At The Palladium.  Founding members Gerry Beckley and Dewey Bunnell performed at the Palladium in London in 2018 and recorded this 3 DVD/2 CD set featuring such hits as Ventura Highway, Horse With No Name, Tin Man, You Can Do Magic, I Need You, Sister Goldenhair and so much more.  I have only had the opportunity to listen to the audio tracks but I bet the video of their concert will be awesome to watch as well.  The CD part was well recorded, performed and produced.  If you are a fan of America like I am, you will want to own a copy of this release which is available from this website https://www.musicglue.com/america/products/live-at-the-palladium-2018-box-set

Gold: Their Great Hits was the first greatest hits collection released by the American rock band Steppenwolf in March 1971 on the Dunhill Records label.  This compilation features their best tracks from albums released from 1968 thru 1970 with John Kay vocals, guitar and harmonica, Larry Byrom on guitar, Nick St. Nicholas on bass, Michael Monarch on guitar, George Ciondo and Rushton Moreve on bass (on certain tracks), Goldy McJohn on keyboards and Jerry Edmonton on drums.  This album features many of my favorite tracks during that time such as Born To Be Wild, Magic Carpet Ride, The Pusher, Rock Me, Hey Lawdy Mama and much more.  This compilation brought back great memories and I am quite impressed with how well this album was written, recorded, performed, and produced.  I highly recommend this album to your rock music library and you can get your own copy from Amazon, Discogs and many other outlets where Vinyl, CD’s and digital downloads are sold.  You can find out where this great band is currently touring and more from their website https://steppenwolf.com 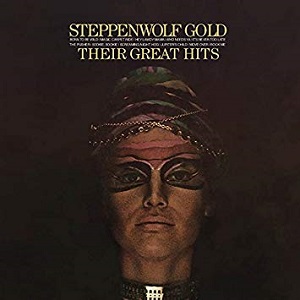 Records is a compilation album by American rock band Foreigner, released on November 29, 1982, on the Atlantic Records label to span the band’s first four albums through 1981.  The lineup at the time of this album was Lou Gramm on lead vocals, Mick Jones on guitar, bass and piano, Ian McDonald on guitar, keyboards and horn, Dennis Elliott on drums, Al Greenwood on synthesizer and keyboards and Ed Gagliardi and Rick Willis on bass on certain tracks.  This great compilation contains all their big hits such as Urgent, Hold Blooded, Double Vision, Dirty White Boy, Waiting For A Girl Like You and so much more.  This album was well written, recorded, produced and performed.  If you want to add only one Foreigner album to your library, then would be the one.  You can find your own copy of this album from Amazon, Discogs and everywhere that Vinyl, CD’s and digital downloads are sold.  To find out their current tour schedule and more about the band go to their website https://www.foreigneronline.com

This is my 7th review for The Ed Palermo Big Band, a big band that has been active for over thirty years, playing the compositions and arrangements of their leader, saxophonist Ed Palermo.  This time he brings you the album A Lousy Day In Harlem release April 12, 2019, on the Sky Cat Records label in which he departs from his takes on the music Frank Zappa, Todd Rundgren, and their British brethren and unleashes his talent-laden ensemble on a gorgeous array of music by Ellington, Monk, Coltrane, Egberto Gismonte, and his own finely wrought originals.  This thirteen track song album features such tracks as Laurie Fink, The One With The Balloon, Well You Needn’t, This Won’t Take Long and much more.  This album was well performed, recorded, written and produced.  It was nice hearing from this band again and looking forward to my 8th review for this artist.  This album is available on CD and digital download from Bandcamp, CD Baby, Amazon, Itunes, and many other outlets.  You can learn more about this band from their website https://www.palermobigband.com 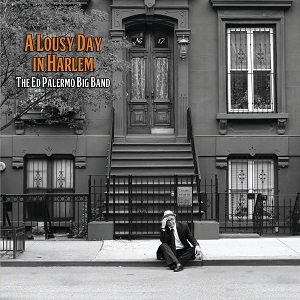 Fraudprophets, a collaboration between multi-instrumentalist and composer Sean Halley and A-list drummer Nate Morton (seen weekly on NBC’s ‘The Voice’), are ecstatic to announce the release of their debut album Poptosis on June 3, 2019. The new record seamlessly blends elements of jazz, pop, rock, country and 70’s fusion with such tracks as Eat A Frog, Sad People Music, Skrowktastic, Two Steps Back and much more.  It was well written, recorded and performed.  Even though it is not my cup of tea, there may be some out there that are into this kind of music.  It will be available on June 3rd from CD Baby, Itunes and other outlets where CD’s and digital downloads are sold.  You can learn more about this band from their website http://www.fraudprophets.com

For my 1220th review, I am proud to present the 2012 album Love Wounds & Mars, by Charlottesville, Virginia based band Keith Morris & The Crooked Numbers released on the Mista Boo Music label.  In addition to Keith Morris, this great band consists of Tom Proutt on slide and lead guitar, Bud Bryant on bass, Stuart Gunter on drums, and Jen Morris on lead and backing vocals plus many other artists adding their work to this album.  This album, a mixture of Rock, Country and Blues is felt in such tracks as Nowhere Road, Leora Brown, Bordertown, Colorado, Don’t Look Down and so much more.  I totally enjoyed this album as well as how well this album was recorded, performed and written (all written by Keith Morris).  I am looking forward to hearing more music from this great band.  You can pick up a copy of this album from Amazon, Itunes, CD Baby and other outlets where CD’s and digital downloads are sold.  You can learn more about this band and where they are performing near you at their website https://keith-morris.com

The Gray is the October 10, 2018 sophomore album by Modern Mimes, an American music artist duo from Fort Lauderdale, Florida.  This duo consists of Adi Elcida Hernandez on guitar and vocal and Ernesto Paez on double-neck guitar bass.  Their music is considered by them as Future Goth with a bit of progressive metal  with a fusion of alternative heavy guitar riffs, powerfully haunting vocals, and electronic drums which I have heard in this album on such tracks as Stunt Double, the title track The Gray, Stare, Mind Lies, Crosses and much more.  I enjoyed this album from start to finish and was impressed with songwriting as well as the performance and recording of this release.  Please take a listen to this amazing album on Spotify and I feel you will want to own your own copy from Amazon, CD Baby, Itunes and many other outlets where CD’s and digital downloads are sold. You can also learn more about this great duo by going to their website https://modernmimes.com/

Automatic Death Machine is the May 2019 album by Detroit, Michigan based rock band Dead In 5.  This band’s current lineup is Robert Libres on vocals, Dana “Deadly” Forrester on bass, Peder “The Terminator” Seglund on guitar, James Trunko on drums, and Dave Seymour on lead guitar.  I enjoyed this album from start to finish which features powerful vocals and amazing guitar riffs on such tracks as the title track Automatic Death Machine, Devil White Devil, Misery, Slave and so much more.  This album was well written, performed and recorded and this is one you should add to your music library.  You can pick up your own copy on digital download from CD Baby, Amazon, and other outlets.  Learn more about this band and where they will be playing near you by going to their website http://www.deadin5.com

Into the Wild Life is the third studio album by the American rock band from Red Lion, Pennsylvania Halestorm released on April 3, 2015, via Atlantic Records.  The band lineup on this album is Lzzy Hale on guitar and lead vocals, Arejay Hale on drums, Josh Smith on bass and Joseph Hottinger on lead guitar.  This album spawned four singles Apocalyptic, Amen, I Am The Fire and Mayhem.  Other notable tracks on this album are Gonna Get Mine, Dear Daughter, Scream and much more with killer vocals,  awesome power chords, and blazing guitar solos.  I originally saw this band on an episode of Bar Rescue when they played Love Bites from their album The Strange Case Of… for the rescue of a bar in Fairfield, Ohio and I have been a fan of this band since.  I got the opportunity to meet and see the band performed live at the Sonic Temple Music Festival in Columbus, Ohio this past weekend and they are gracious with the fans and took time to talk to you a little bit.  This album was very well recorded, written, performed and produced.  I highly recommend this album to your music library.  This is available from Amazon, Itunes, and many other outlets in Vinyl, CD and digital download. To learn more about this band, and where they will be playing near you, go to their website https://www.halestormrocks.com

Infest is the second studio album and major-label debut by the American rock band Papa Roach. It was released on April 25, 2000, through DreamWorks Records, and became the 20th highest-selling album of 2000 in the United States.  The band line up on this album is Jacoby Shaddix on lead vocals, Jerry Horton on guitars and backing vocals, Tobin Esperance on bass guitar and backing vocals and Dave Buckner on drums.  This album which is described as the sound of nu metal and rap metal is shown by the singles that have spawned from this release such as The Last Resort, Broken Home, Between Angels And Insects, and Dead Cell.  Other notable tracks on this album are the title track Infest, Blood Brothers, Thrown Away and much more.  I was quite impressed with how well this album was written, performed, recorded and produced.  I had the opportunity to meet and see this band performed live at the Sonic Temple Music Festival in Columbus, Ohio this past weekend and I enjoyed their performance very much.  If you ever get the opportunity to see this band live, be sure to do so.  You can get your own copy of this album from Amazon, Itunes and everywhere else where vinyl, CD’s and digital downloads are sold.  To learn more about this great band and to find out where he will be performing near you, go to their website https://www.paparoach.com