Behold The Inner Terror is the February 2010 debut album by the Ohio metal band Inner Terror released on the Terrorized Productions label.  This band consists of Joe Sims on guitar, Dan Kaish on vocals, Jim Curtis on bass and Brian Henderson on drums.  I was awesome to hear these guys before they became Axemaster and hear how their sound started.  This twelve track album features such great tracks as the title song Behold The Inner Terror, Self Human Genocide, Battleground, Winds Of Death, and a lot more.  The release was well written, recorded, performed and produced.  I want to thank the band for letting me hear their beginnings.  This great album is available on CD and digital download from Discogs, the Axemaster website and other outlets. 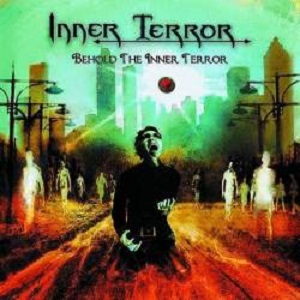 Cannibal-Toon is the June 29, 2019 album by Sulgogar,  a Venezuelan metal band from the town of Duaca, North of Barquisimeto and features Sting Weiss on Vocals and Bass, Steve Kaiba on Guitars and Svetlana Sevostianova on Drums.  This ten track album features heavy guitar riffs, amazing vocals and driving drum beats on such tracks as the title song Cannibal-Toon, Abajo Cadenasm, Sulgogar, República Criminal and much more.  I was quite impressed with how well this album was written, performed, recorded and produced.  I am looking forward to hearing more from this band.  You can get your copy of this amazing album on digital download from iTunes, Google Play, Spotify and Bandcamp.  You can learn more about this band by going to their facebook page https://www.facebook.com/sulgogar 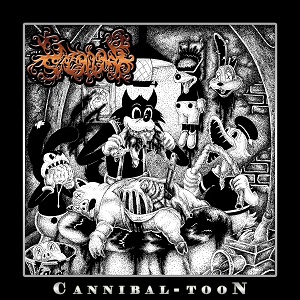 Awakening is the May 31, 2019 sophomore album on Machine Man Records by Infinity, a Metal / Thrash Metal / Hard Rock band from Philadelphia, Pennsylvania consisting of Ryan Howie on vocals and rhythm guitar, Ricky Sobel on lead guitar, Ben Mascioli on bass and vocals and Bobby Jeffers on drums.  I love this album with its heavy guitar riffs, amazing vocals, and harmonies and driving drum beat with such great tracks as Set Me Free, the title track Awakening, Nothing To Lose, Terminal and much more.  I was quite impressed with how well this album was written, recorded, performed and produced.  I am looking forward to hearing their first album and all future releases.  You can get your own copy on digital download from Bandcamp, iTunes, Amazon, Google Play, and Spotify.  You can learn more about this band by going to their facebook page https://www.facebook.com/infinitybandofficial 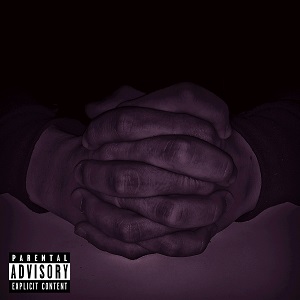 Facets Of Folk is the third album Mara Levine released January 1, 2019, on the Mara’s Creations Records label. This album reminiscent of her inspirations Judy Collins and Joan Baez brings folk and bluegrass music to live with such great tracks as Daughters And Sons, Hey That’s No Way To Say Goodbye, A Perfect Rose, Child Of Mine, Bitter Green, Song For The Asking and much more.  I was impressed with the vocals, harmonies, and performance as well as how well it was recorded and produced.  I am looking forward to hearing her earlier work as well as her work in the future.  This release is available on CD and digital download from CD Baby, her website maralevine.com and other music outlets.  You can learn more about this artist by going to her website https://maralevine.com 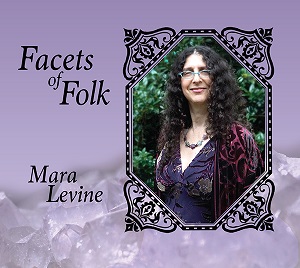 For my 1255th review, I am proud to present the album Viva Las Vegas Live from Grammy Award nominee and Blues Hall of Fame guitarist and singer/songwriter Joe Louis Walker and his band as they storm thru 10 smoking tracks live in concert at the Boulder Station Casino in Las Vegas, Nevada. This stunning live performance released 10 May 2019 from the Cleopatra Blues Records label is captured in all its glory on DVD and complimentary audio CD companion, packaged in a beautiful four-panel Digi-pak and a stand-alone, limited-edition colored 12″ Vinyl LP version of the concert will be released separately this summer.  Being a big blues fan, I was excited when I received this collection and was anxious to give it a listen.  I was impressed with the performance on this album that has a great mixture of blues along with a jazz sound with such tracks as Young Girls Blues, Sugar Mama, You Don’t Love Me Girl, Like It This Way and so much more.  After I listened to the CD portion of the album, I decided to watch the DVD performance and was very impressed.  This release was well written, recorded, and produced.  If you are a major blues fan as I am, you will definitely want to check out this album from Amazon, Itunes, Cleopatra Records and other outlets where CDs, DVD, and digital downloads are sold. 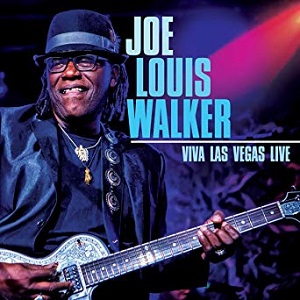 Rings Around Saturn is the debut solo album by Marion Halliday, a Kentucky native transplanted to Philadelphia, Pennsylvania who showcases her own special blend of bluegrass and bourbon infused original woman powered Americana.  On this eleven track album which will be released on July 1, 2019, Marian plays solo as well as doing tracks with her band Trickster Sister comprising of Jane Halliday on fiddle and Donna Bostock on bass, plus many guest artist playing on several tracks.  Marion shows her songwriting ability by writing all the tracks on this album and her great voice and amazing harmonies on such tracks as the title track Rings Around Saturn, Bourbon And Men, Still Burning, Sorry (which has a FCC warning due to two cuss words, a lot less than a lot of songs I have heard LOL), We Are The Change (Live) and much more.  I was very impressed with how well this album was recorded, performed, produced and written.  You will be able to get your copy of this album on CD and digital download on July 1st from Bandcamp, CD Baby, Itunes, and other music outlets. 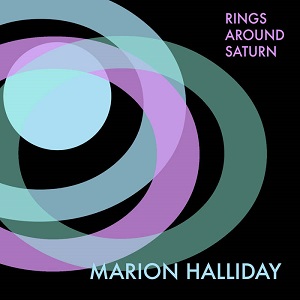 Chronicle: Friends and Music is the upcoming solo album by  Bluegrass artist and member of all-female band Sister Sadie Gena Britt to be released July 12, 2019, on the Pinecastle Records label.  This thirteen track album features guest artists that I have reviewed previously on various albums such as Dale Ann Bradley’s vocal contribution to the track, You Don’t Get Over That, fellow Sister Sadie member and vocalist Tina Adair also joins Britt on four of the recordings, singing tenor and high baritone, and Deanie Richardson also contributed via fiddle on five of the tracks.  Some of my favorite tracks on the album are Over And Over, classic Bill Monroe track, On and On, Soldiers Lament, Traveling Poor Boy and much more.  This is a great album to add to your Bluegrass library as it was well performed, recorded and produced.  You will be able to pick up your copy of this album on July 12th from Amazon, Pinecastle Music, and other outlets where CD’s and digital downloads are sold. 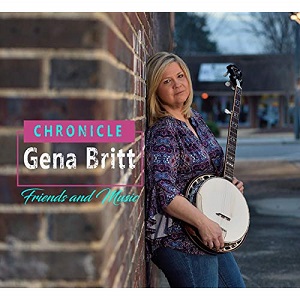 Detroit rock and soul legend Mitch Ryder has just released a new album featuring covers of rock, pop, soul and folk songs that he recorded with a variety of guest artists called Detroit Breakout released June 14, 2019, on the Goldenlane and  Cleopatra Records label.  This fourteen track album includes contributions from Runaways singer Cherie Currie, as well as legendary rock guitarists like The MC5‘s Wayne Kramer, The Stooges‘ James Williamson and The New York Dolls‘ Sylvain Sylvain with such great tracks as new rendition of Ryder’s classic 1966 hit with his band The Detroit Wheels Devil with a Blue Dress, The Monkees classic (I’m Not Your) Steppin’ Stone, Jim Croce’s Bad Bad Leroy Brown, The Isley Brothers hit Shout, The Temptations hit Just My Imagination (Running Away With Me), Otis Redding’s classing (Sittin’ On) The Dock Of The Bay) and so much more.  This great compilation was well arranged, recorded, performed and produced.  I highly recommend this album to your library and you can get your copy of this album on CD, digitally and as a limited-edition two-LP set pressed on red vinyl from Amazon, Discogs, Cleopatra Records and other outlets where music is sold. 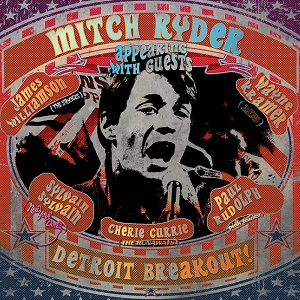 Hot on the heels of the highly acclaimed debut album Stargazer, Bomber Goggles multi-instrumentalist Steve Bonino returns with the amazing album Stargazer 2 released April 14, 2019, on Melodic Revolution Records label.  This is my second review for this amazing artist and as I listened to this continuing space opera,  I still enjoyed this album from start to finish with great guitar licks, and other instrumentation and amazing vocals on such tracks as The Grand Finale, So Familiar, City Out Of Time, Fear and so much more.  I was quite impressed with how well this album was written, recorded, performed and produced.  This album is available from Bandcamp, Amazon, CD Baby, Melodic Revolution Records and other outlets where CD’s and digital downloads are sold.  To learn more about this great artist, go to his website  http://www.stevebonino.com 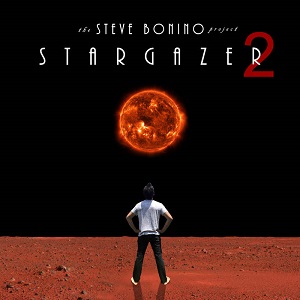 Waist Deep In Dark Waters is May 1, 2001 EP and my fourth review for the Washington DC area progressive rock /metal band Brave consisting of Chris Welborn on bass, Michelle Schrotz on vocals and keyboards, Scott Loose on electric and acoustic guitars, Tom Phillips on electric guitar, and Trevor Schrotz on drums.   This four-track EP features the tracks Spirit, Dark Waters, Lost (In Retrospect) and To Search A Soul.  I was quite impressed with the great guitar work, amazing bass, string, and keyboard lines and powerful vocals as well as being well written, performed and recorded. You can own your own copy of this great CD or digital download, from Amazon, CD Baby, and other outlets plus you can learn more about this band, their tour schedule and much more at http://www.bravemusic.com.