One Day Closer To Yesterday is the sophomore album by progressive metal band Shaumaun consisting of Farhad Hossain on Vocals, Guitars, and keyboards, Jose Mora on Bass, Tyler Kim on Guitar and Tanvir Tomal on Drums.  Compared to their debut album, this release is a bit more raw and heavy, but the melodies and vocals are never compromised.  I was impressed by the soaring vocals and lead guitar work, melodic bass lines, and the technical and groove-oriented drumming on such tracks as Fear Is, Nafsi Ammara, Central Station, Prove Yourself and much more.  This release was well written, recorded, performed and produced.  I am looking forward to hearing more from this band. This great album will be available for purchase on February 22, 2019, from http://www.shumaun.com and other outlets where CD’s and digital downloads are sold. 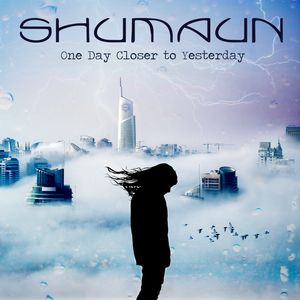