Canadian hard rockers Thunderbird are releasing their anticipated self-titled third album on Delinquent Records on April 25, 2018.  This great album with heavy guitar riffs and powerful vocals is seen in such tracks as Liar (Fool’s Gold), Star, Revolution, King Rat and much more as well as going to their softer side with the ballad Man Of Clay.  This is one of those albums you will enjoy from start to finish.  This album was well recorded, produced, performed and written.  You can purchase this album from Amazon and everywhere else where CD’s and digital downloads are sold. 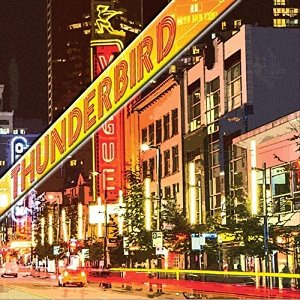